Elizabeth E Pruett lives in Oklahoma with her husband Zachary and their two children, Anna and John. She enjoys genealogy, quilting, music, reading, and writing. Her life goal is to live out 1 Corinthians 10:31. …Whatever you do, do all to the glory of God.

"I am a child of God, and it is my purpose to glorify Him in everything I do. My life is dedicated to obeying Deuteronomy 6:4-9 and encouraging others to 'love the Lord your God with all your heart and with all your soul and with all your might.' I will serve the Kingdom of God by proclaiming His righteousness, truth, and everlasting love to my family, friends, and community."

I love learning. My college days might have been hectic, but I miss them in a way. I enjoy the excitement of extending my knowledge horizons. Now, as everyone is returning to school, I can't help but research homeschooling options and curriculum. My children won't be ready for workbooks for a while yet, but learning is happening, and I love having a front row seat to the wonder that is a child's development. Today, we danced and sang to Bible verses put to music and pointed out letters of the alphabet from the newspaper. Oh, and Anna's attention span is now up for a good Beatrix Potter story. Yay!
Posted by Elizabeth E Pruett at 11:53 PM No comments: 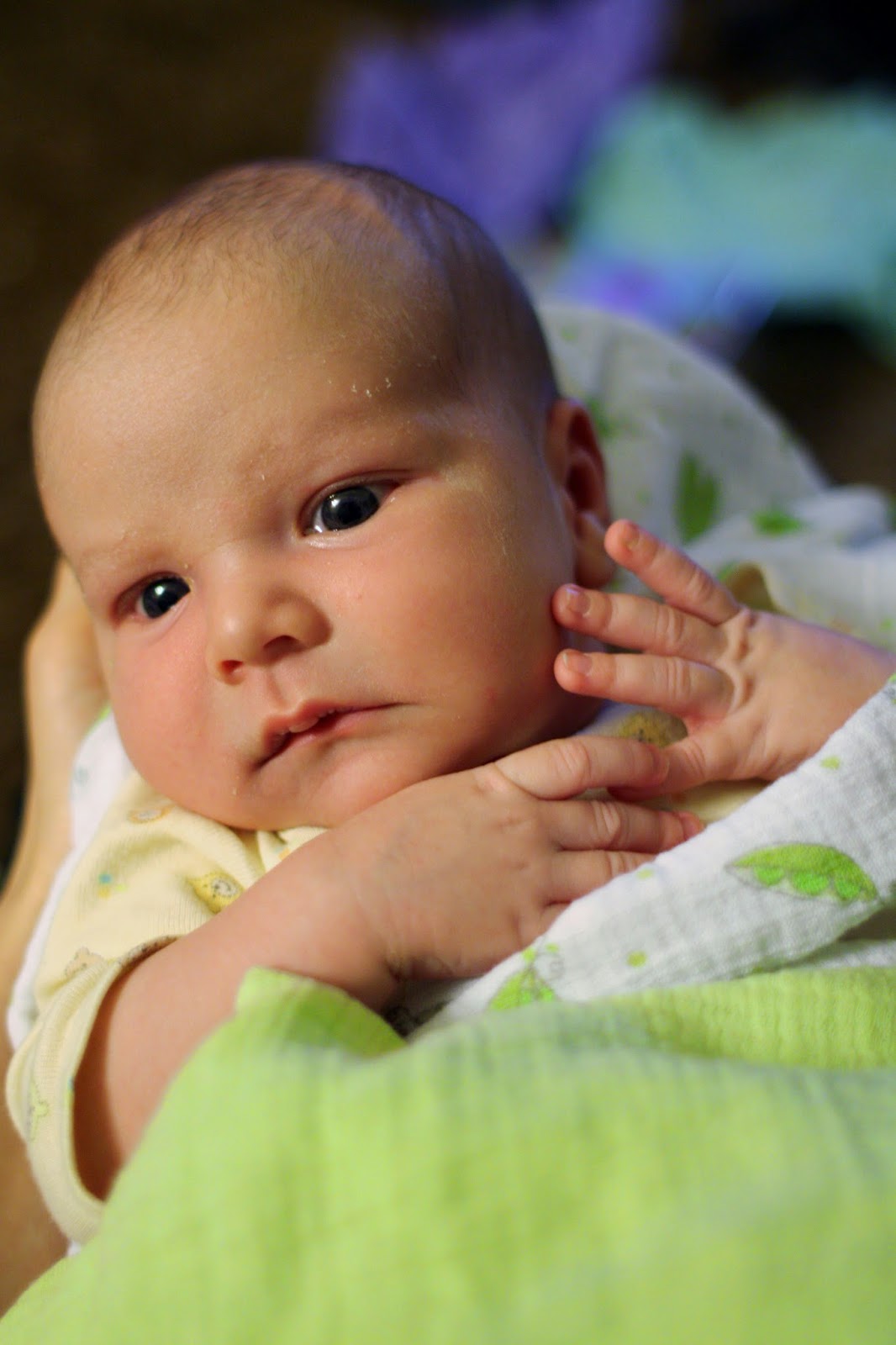 Email ThisBlogThis!Share to TwitterShare to FacebookShare to Pinterest
Labels: John William, My Life 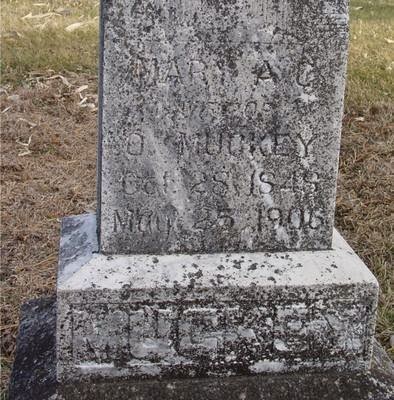 This is written in an attempt to walk through the available records for my 3rd great grandmother, Mary A. C. Muckey, explain the discrepancies on a few key points, and interpret the truth held within.

Mary Anne Caroline Woods was the daughter of James Woods and the former Cyrena Tuttle. She was born in Ohio on 28 October 1848. This information was provided by her daughter, Mrs. Pearl Hayes, on Mary’s 1906 death certificate. The same birth date is given on her gravestone in the Heisler Cemetery outside Mapleton, Iowa. It is inscribed, "Mary A. C., wife of O. Muckey." We look for evidence to back up these dates on the earliest census in her lifetime: 1850.

James J. Woods died on 2 April 1877 in Monona County, Iowa. In his will, he left everything to his wife, Cyrena A. Woods. At her death, the property was to be divided among five heirs: Sarah J. Nicewanger, Mary A. Muckey, Martha S. McKown (a child born after the 1850 census and married before the 1870 census), Lucy A. Woods, and William D. Woods. A sixth heir, John S. Woods, was excluded from inheriting.  This shows us that Mary Anne Caroline Woods, the daughter of James and Cyrena Woods, married Mr. Muckey.

The 1880 census shows us the Orlando [34] and Mary A. [33] “Mucky” family in Center, Monona, Iowa. Their oldest child is Jennie [11] a nickname for Jane. So, we now know that the one year old in the James Woods family is the daughter of Orlando and Mary. They also have twins Nettie and Rettie [9], Maggie [6], “Guie” [Lorenzo Guy, 5], and Bertha [10 months]. All the children are girls with the exception of “Guie,” but even he was misidentified as one.

So, when were Orlando and Mary joined in marriage? There is only one marriage record for Orlando Muckey. It appears to show that he married Nancy C. Woods on 2 May 1867. Only a very good imagination could think it says Mary. So, was Orlando married twice – both times to women with the middle initial “C” and the maiden name Woods? Or, is this the marriage record for Orlando and Mary A. C. Woods? Several records show that it is the second possibility.

First, Orlando and Mary (with their children Pearl [18] and Raymond [12]) were listed in 1900 as living in Mapleton, Monona, Iowa. The census states they were married for 32 years. That puts us within a year of the 1867 marriage record.

Second, Orlando Muckey’s obituary published in the Mapleton Press on 4 July 1912 reads, “Mr. Muckey was united in marriage to Miss Mary C. Woods in 1867, and there were born to them ten children, seven of whom survive him, as follows; Guy Muckey…” Again, this confirms that it was Mary – not a Nancy – that married Orlando on 2 May 1867 and mothered their children, including their son Guy.

This is important to note since Lorenzo Guy Muckey’s death certificate of 1916 has a mistake on it. It says his parents were Orlando Muckey and Nancy MacKahn. Now, Guy’s maternal aunt Martha’s married name was McKown, but I have seen no evidence of a Nancy in the family. The information was provided by Guy’s wife, “Mrs. Muckey,” ten years after the death of her mother-in-law Mary in 1906 and four years after the death of her father-in-law Orlando in 1912. As such, she is an unreliable source for the maiden name of her mother-in-law. 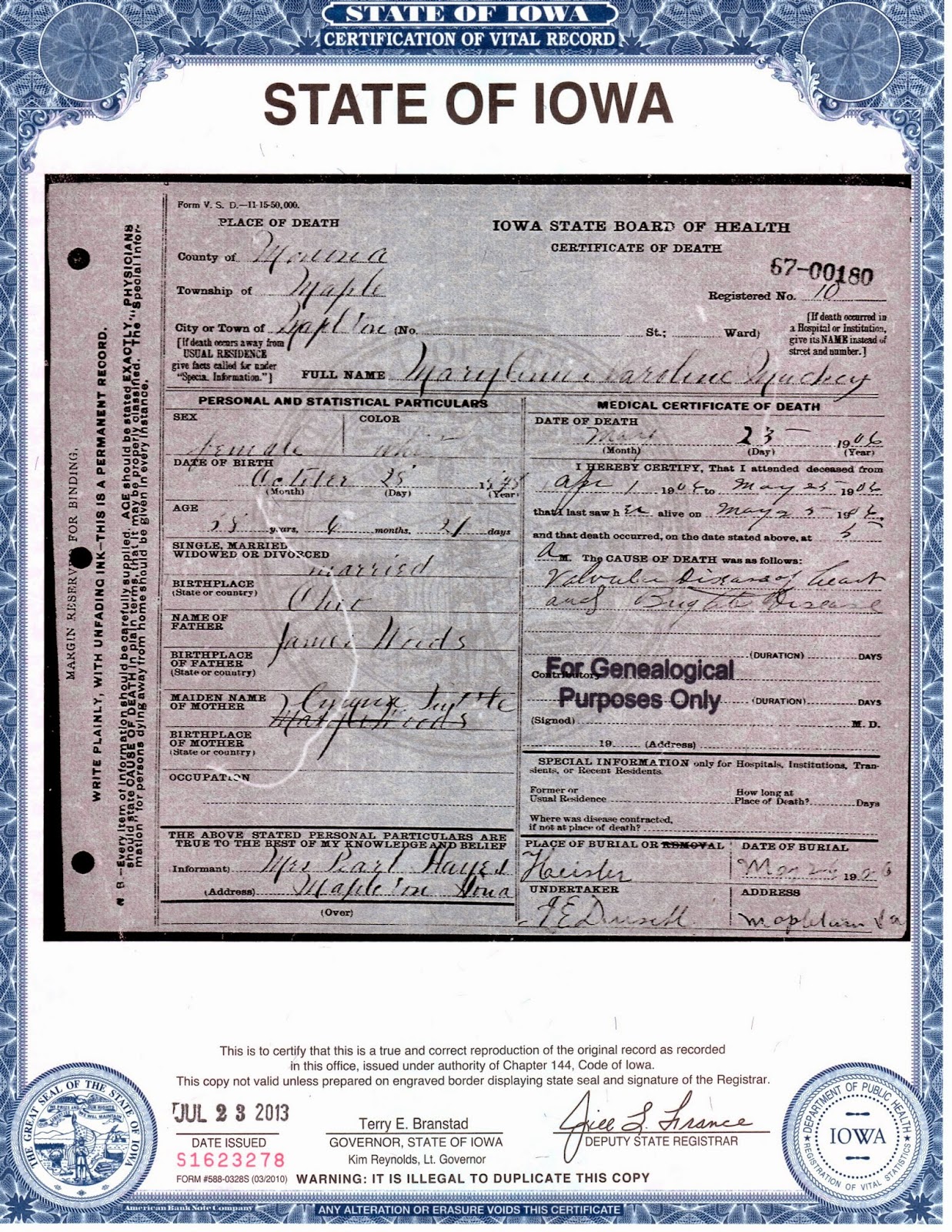 Mary Anne Caroline Muckey died on 25 May 1906 in Mapleton, Monona, Iowa. Both her death certificate and gravestone confirm this date. The gravestone matches and sits next to the gravestone for her husband Orlando.

The sources listed above definitively prove that Mary, the daughter of James Woods and Cyrena Tuttle, was indeed the wife Orlando Muckey married on 2 May 1867, and she was the mother of all their children including Lorenzo Guy Muckey.
Posted by Elizabeth E Pruett at 2:21 PM No comments: